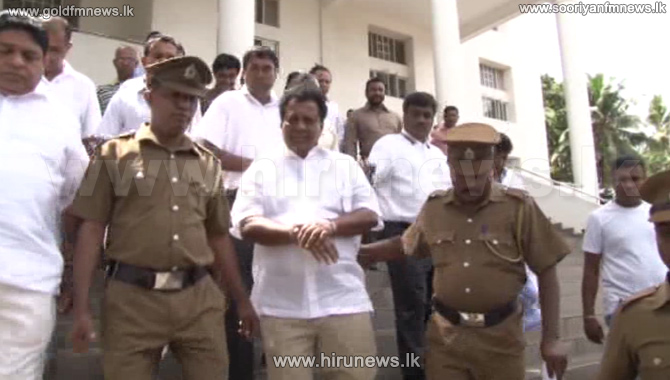 Although Gunaratne’s lawyers filed a bail application, Colombo Chief Magistrate Lal Bandara, stated that time was not sufficient to consider the application, and bail was refused.

Former deputy minister was arrested on January 2nd when he reported to the CID to record a statement.

Gunaratne was accused of misappropriations over the Negombo Lagoon Development project amounting to 11.2 million rupees.

Meanwhile, former US Ambassador Jaliya Wickramasuriya, who is currently in remand in connection with allegedly misusing state funds, was further remanded until January 27th.

Though Wickramasuriya was not produced before Courts on two previous occassions, he was brought to Courts by ambulance today.