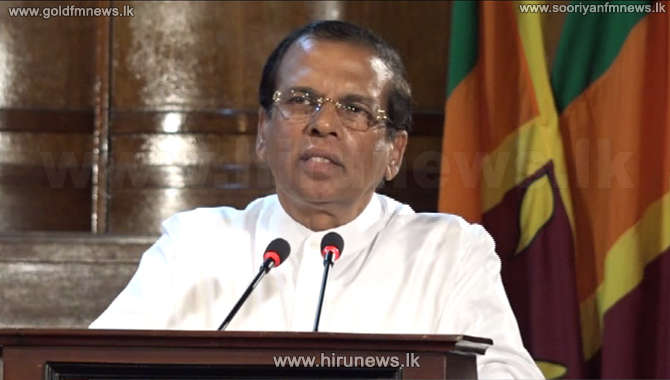 The President Maithripala Sirisena has named a Task Force to face the looming drought in the island.

Meanwhile, President Sirisena said that he has full confidence in war heroes of the country.

He said that he expects to obtain the assistance of the tri forces to distribute relief to the people affected by the drought.

He was speaking at a passing out parade of 621 airmen who were trained at the Air Force Training Academy in China Bay, Trincomalee this morning.