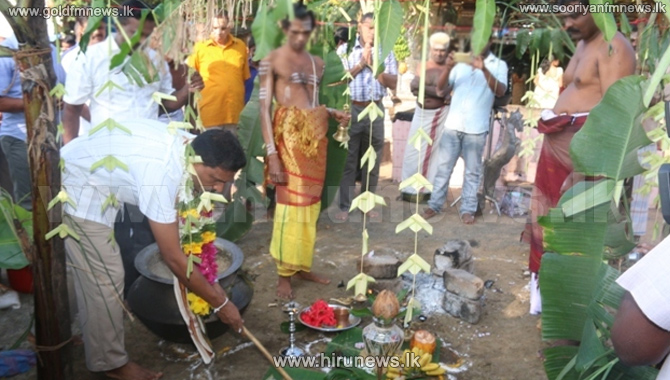 Hindu’s celebrate Thai Pongal today, a festival to give thanks to the sun god for the abundant harvest.

President Maithripala Sirisena, in a special message stated that since the dawn of civilization, the humanity’s devotion to the sun that symbolizes the wholeness of nature has remained intact.

The President stated that festivals such as these rekindle the contract between man and the gifts of nature, while epitomizing the enormity of the human gratefulness.

Prime Minister Ranil Wickremesinghe in his Message said that the Thai Pongal Festival shows us the value of sustainability in a diverse community while reminding us of the importance of gratitude and strong bonds.

Opposition Leader R Sambanthan said that he wished that we would find a reasonable, lasting political solution to the unresolved national question through the new constitution, which will be a significant milestone in the history of our country.