Another group arrested in connection with the Hambantota incident 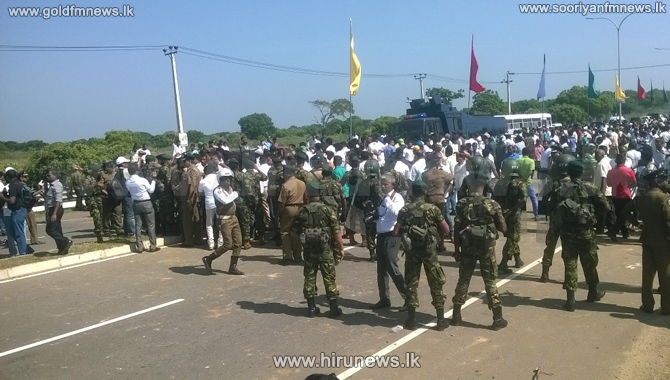 Three individuals have been arrested in connection with engaging in protests, violating court orders on the day of the launch of the Hambantota- Mirijjawila- China- Sri Lanka industrial zone.

A senior police officer overseeing Hambantota, noted that the group was arrested during search operations instigated last night by the Ambalanthota and Weerakatiya police stations.

Meanwhile, 51 individuals who were arrested the day after the incident were remanded.

The launch of the Industrial zone took place on the 7th of January.

During the launch, a chaotic situation arose between a party that engaged in protests near the zone and a group attending the function.

Security units contained the situation and dispersed the crowd by firing tear gas.

Meanwhile, the senior police officer added that information has come to light regarding another group connected to the incident, and investigations have commenced, in order to arrest that group.