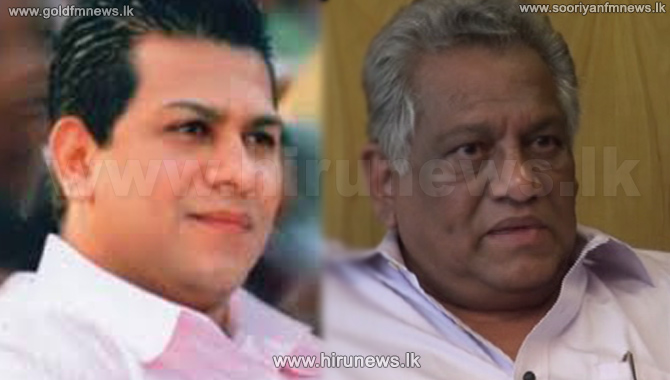 The father of former parliamentarian Duminda Silva, Lal Silva has requested authorities to take action with regard to a concocted story published by Sinhala Newspaper - Dinamina today.

Dinamina reported that former parliamentarian Duminda Silva and 4 others have been planning to escape from the prison.

Lal Silva says that this false news item by Dinamina is a grave insult to the entire prison system.

The Dinamina newspaper has published under its main headline today that five persons including former parliamentarian Duminda Silva have planned to escape from the prison.

Commenting on the news item, father of the former parliamentarian Lal Silva says that the particular false story was published as part of the political plot against his son and an attempt to sling mud at him.

He said that a newspaper owned by a powerful UNP minister started publishing false news of the kind since last November.

He further said that government controlled Dinamina, published by Lake House has also reported the same false news in its edition today.

Lal Silva termed that giving publicity to concocted stories of this nature is a political plot and a media show as well.

He said this is not the first occasion to publish fictitious stories and conduct media shows to embarrass former parliamentarian Duminda Silva.

Lal Silva complained that, in a backdrop that the Department of Prison has rejected such false news in the past, irresponsible media rag sheets have concocted and published same slush for the fourth time.

Referring to the fabricated story published by Dinamina today, our news team questioned a chief official of the Prison Department if there is any possibility for 5 inmates to escape at a single given time while they are held up in 3 separate prisons.

The official asked us in return to verify the matter with the particular media institution which is affirmative of such an escape.