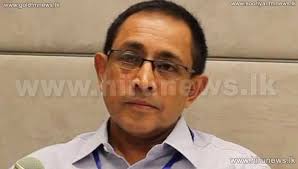 Joint Opposition MP Kanaka Herath said that the 5th complaint under the Top Ten list against corruption being committed by the current government will be handed over to the Bribery Commission today.

Addressing a media conference held in Colombo this morning, Herath said a misappropriation of 1500 million rupees has been committed in revoking the A350-900 Air bus deal of Sri Lankan Airlines.

Accordingly, a complaint will be filed against Minister of Public Enterprises Development Kabir Hashim, and the board of directors of Sri Lankan Airlines.

MP Mahindananda Aluthgamage who was present at the media conference expressed his views about the decision taken by Athuraliye Rathana Thera to remain as an independent in parliament.