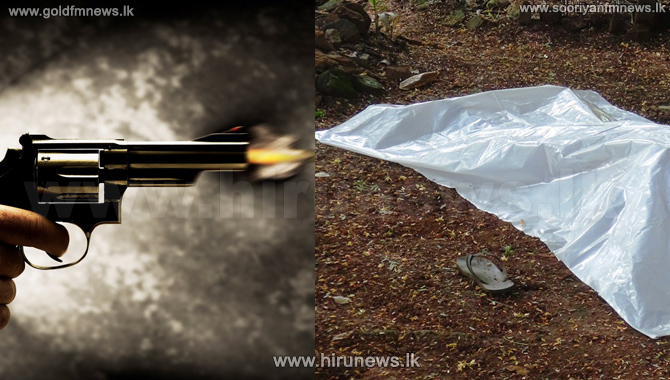 A man died in a shooting carried out at Station Road, Homagama this afternoon.

Police said that the two assailants who arrived on a motor bicycle fled the scene after shooing the man.

The victim who received serious injuries died on admission to Homagama hospital.

The deceased has been identified as a 34-year old resident of Gaminipura in Meegoda.

He was returning home after appearing before Court in connection with a Case.

Police said the courts were hearing several cases against the deceased for his involvement in dealing cannabis.

Meanwhile, police said that no arrest has been made yet in connection with the murder of an individual inside a beauty parlour in Athurugiriya yesterday afternoon.

Police believe that a clash between two underworld groups is the motive behind the murder.