Roads closed in 3 directions as Gammanpila protests against the FCID 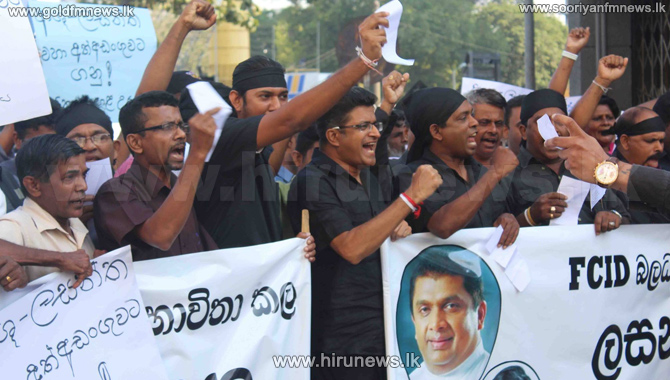 A group of protesters led by Pivituru Hela Urumaya General Secretary MP Udaya Gammanpila staged a picket near the FCID.

The protest was held against the arrest of MP Wimal Weerawansa for the misuse of government vehicles and the failure of police to arrest the then deputy minister Lasantha Alagiyawanna and former chairman of State Engineering Corporation Ashu Marasinghe, who are accused of the same offences.

Police closed all entry roads to the FCID including Chatham Street before the protesters arrived at the scene.

Later, the protest was held at the entrance to Chatham Street.