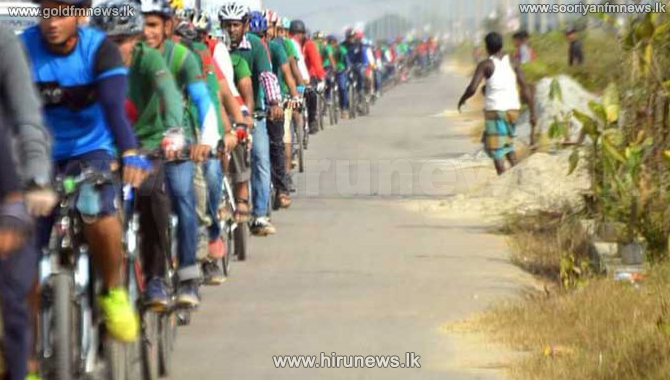 BDCyclists, a community based social network of cyclists, has broken the Guinness World Records of Longest single line of moving bicycles.

The announcement was made by the Guinness World Records authorities on January 17.

According to a statement released on its official website, the longest single line of moving bicycles consists of 1,186 cyclists, achieved during an event organised by BDCyclists (Bangladesh), in Dhaka, Bangladesh, on December 16, 2016.