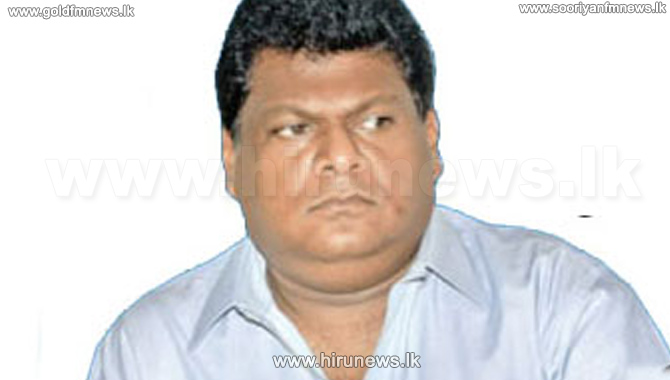 Former SLTB chairman Shashi Welgama and another individual were further remanded until February 2, after being produced before Colombo Additional Magistrate J. Trotsky today.

The suspects have been accused of the misuse of approximately 125 million rupees in procuring spare parts during the previous regime.

The CID informed Courts today that the former SLTB chief financial manager will be named as the third suspect of the Case.

Earlier, Shashi Welgama had filed a bail application and the Magistrate informed the CID to file objection if any before February 2nd.

Meanwhile, notice was issued by the Supreme Court on the Editor of Lanka e-news Sandaruwan Senadheera to appear before Courts on March 3rd.

The Supreme Court issued this order after considering a petition filed by former deputy mayor of Kotte Municipal Council, Attorney-at-law Madura Vithanage and another individual.

The petition was considered by a panel of three Supreme Court Judges, namely Priyantha Jayawardana, Anil Perera and Piyasad Depp.