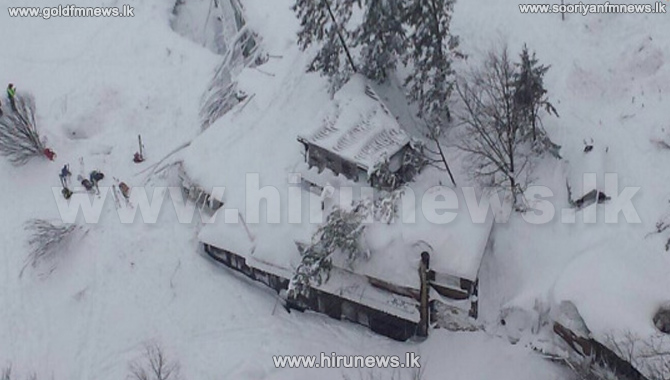 An Italian rescue official has said that a number of people have been killed after a hotel was hit by an avalanche, apparently triggered by an earthquake on Wednesday.

Rescuers battled overnight to reach the hotel close to the Gran Sasso mountain in the Abruzzo region.

"There are many deaths," Antonio Crocetta, the head of a mountain rescue team, was quoted as saying.

Up to 30 people were in the Rigopiano hotel at the time of the avalanche.