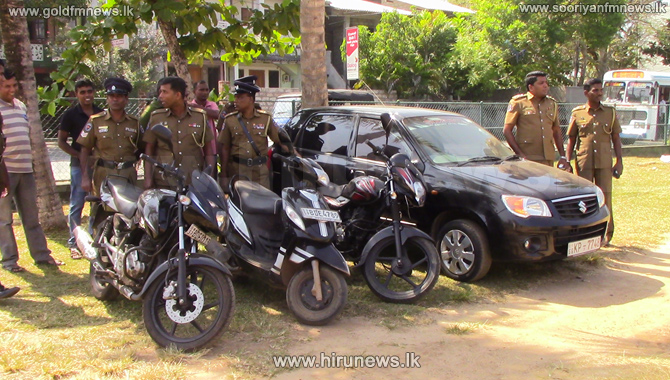 Six suspects who are allegedly involved in several murders in the South including a triple murder of the same family have been arrested.

Police said that three T-56 rifles, 3 pistols and a cache of bullets have been found in the possession of the suspects.

The suspects are accused of several murders including the assassination of a couple and their little child at Idamthota and the murder of a businessman in Ambalangoda.

Meanwhile, investigations have been initiated into the murder of a gem merchant at Madola in Avissawella.

Police suspect that a dispute with regard to a gem mine would be the motive behind the murder.