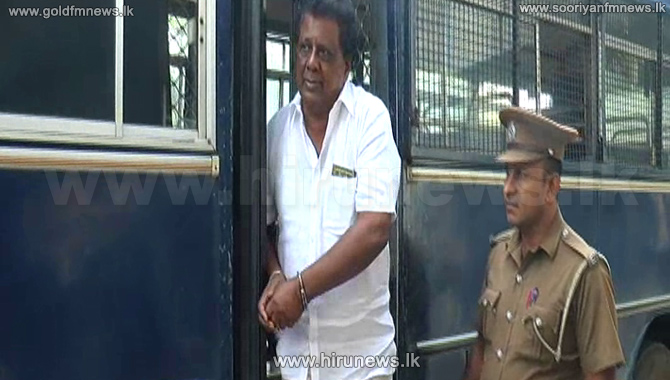 Gunaratne was arrested on January 2 when he reported to the CID to record a statement with regard to allegations of swindling 11.2 million rupees from the Negombo Lagoon Development project.

Colombo Chief Magistrate Lal Bandara ordered the release of Gunaratne on 25,000 rupees cash bail and two sureties of one million rupees each.

In addition, former minister Gunaratne was ordered to report to the CID between 9am to 12 noon on the 4th Sunday of every month.

The Magistrate ordered the suspect to be remanded until February 3rd