Private bus hijacked after unloading the passengers in Boossa 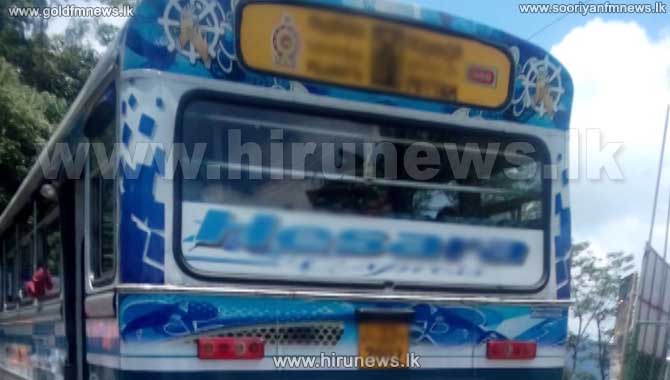 A bus bound for Galle from Elpitiya has been hijacked after its passengers had been unloaded at Boossa near Galle.

Our news team reported that the hijackers have assaulted the driver and the conductor.

15 hijackers, all allegedly intoxicated, abandoned the bus near Delkada fair in Rathgama.

Police said the engine of the vehicle had been seriously damaged and the driver and conductor have been admitted to Aarachci Kattuwa hospital.

Rathgama police say that about 40 passengers were on board at the time of the hijacking.

It is believed that a dispute between two factions over the running time is what caused the incident.

Police confirmed that No arrests have been made at this time.