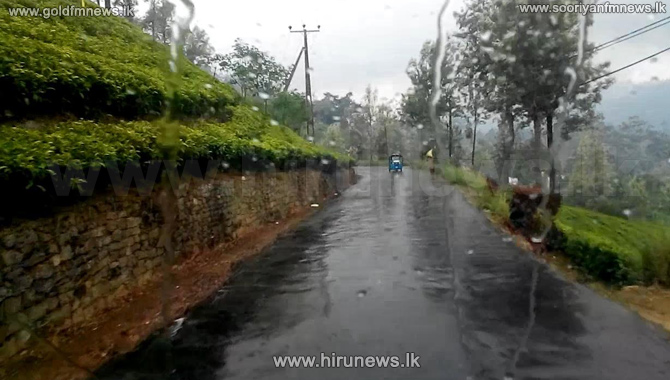 Rains were also reported in the areas of Minneriya, Polonnaruwa, Batticaloa and Trincomalee yesterday.

The highest rainfall reported within the last 6 hours ending at 2.30pm today was reported from Batticaloa which was 15.7 milliliters.

Meanwhile, Trincomalee experienced a rain fall of 11.08 milliliters while the rain fall in Polonnaruwa was 8.05 milliliters.

Director General of the Met Department Lalith Chandrapala said rains are expected in the South Western part of the island including the Western province.

Meanwhile, the Disaster Management Centre stated that over one million people have been affected by the prevailing drought despite light showers.

Director General of the Met Department Lalith Chandrapala said the intermittent rain fall in some parts of the island would not last long.