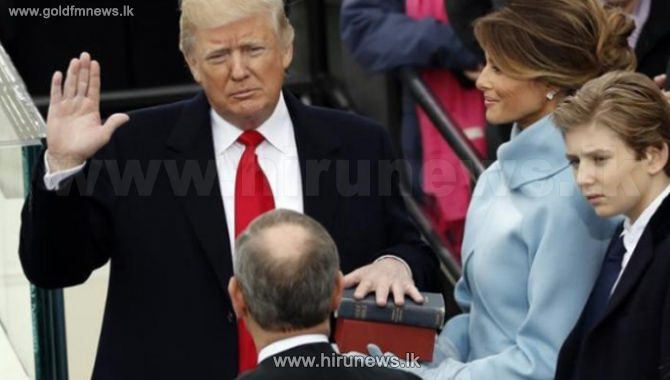 He spoke of abandoned factories, rampant crime and a failed education system, pledging that his presidency would bring about change.

"This American carnage stops right here and stops right now," President Trump said on the steps of the Capitol.

Thousands of Trump supporters travelled across the country to witness the occasion from the National Mall.

The moment marks the end of an improbable journey for the property tycoon after a campaign marked by controversy.

Shortly after the ceremony Mr Trump was seen signing his first official actions as the 45th president.