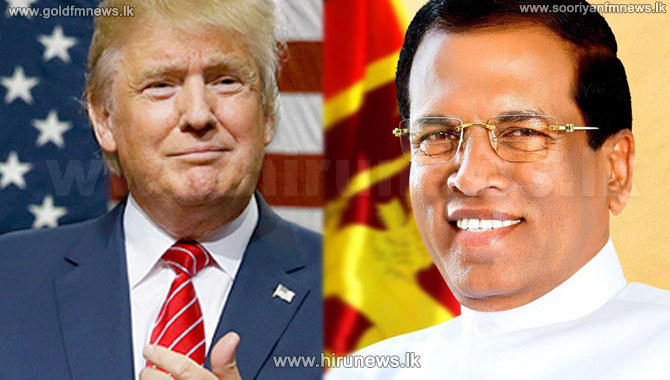 President Maithripala Sirisena has extended his best wishes to Donald Trump who took oaths as the 45th President of the United States of America yesterday.

In a Twitter message President Sirisena stated that he looks forward to working with President Trump.

President Sirisena also expressed confidence that the relationship between the US and Sri Lanka could also be improved.