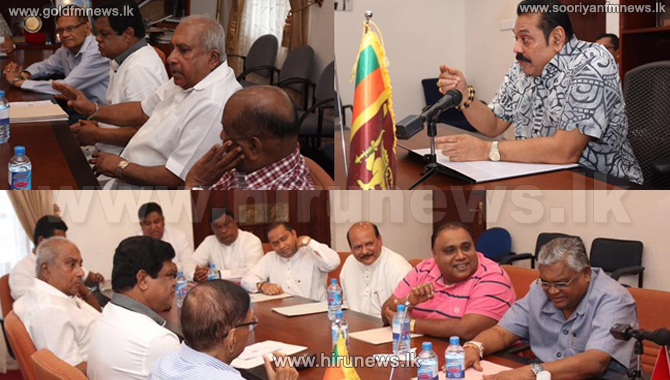 However, speaking to media following the discussion, the Chief Ministers stated that although a consensus was not reached at the discussion today, both parties agreed to continue with the discussions.

The discussion was held this morning at the official residence of former president Mahinda Rajapaksa situated at Wijerama as per a request made by the seven provincial chief ministers representing the SLFP.

However, Chief Minister of North Central Province Peshala Jayarathna was absent for the discussion.