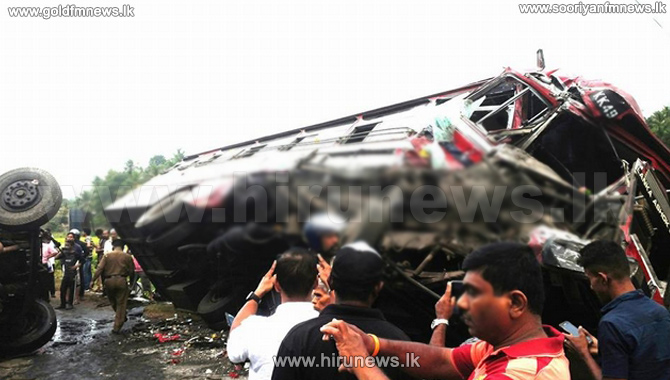 The vehicle congestion along the Colombo- Kandy road that was caused by the fatal accident in Pasyala continues, police says.

Two people died and 37 were injured when a SLTB bus collided with a container around 5.30 this morning.

Hiru Correspondent said a three-wheeler and a car were also damaged during the accident.

The injured were rushed to the Wathupitiwala hospital.

Hiru Correspondent said heavy traffic is reported in the Colombo- Kandy road as a result.

The accident that took place around 5.30 this morning was a collision between a public bus and a lorry, police said.