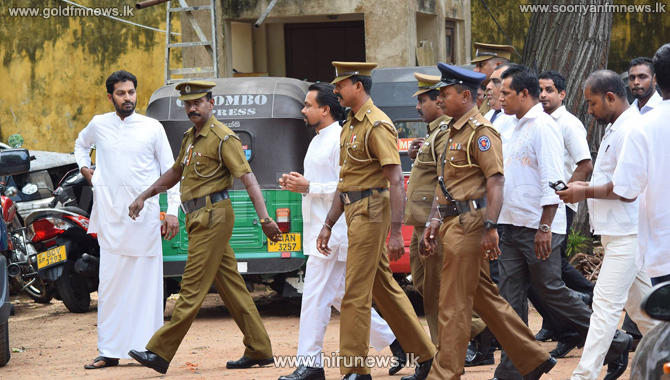 The bail application filed for Weerawansa was rejected by the Courts when the suspect was produced before Colombo Chief Magistrate Lanka Jayarathna this morning.

Lokuhannadi was arrested along with Weerawansa for the alleged misuse of 40 vehicles belonging to the State Engineering Corporation, incurring a loss of 90 million rupees to the government.

Weerawansa has been accused of providing these vehicles to his family for personal use.

The Lawyer appearing on behalf of Weerawansa, Attorney-at-law Premanath Dolawatta said to media that he will go to High Courts seeking bail for his client.

Later, MP Weerawansa was taken to parliament on a special Court order to enable him to participate in house sessions today.

Meanwhile, an individual who made a remark, pointing his finger at the Magistrate in an offensive manner in the court room, has been arrested by police.

The man insisted that MP Ashu Marasinghe and deputy minister Lasantha Alagiyawanna should also be arrested in connection with the vehicle misuse case and be produced before Court on the next hearing day.

Our courts correspondent said that the man was arrested for contempt of Court.