Debate on the bond issue in session 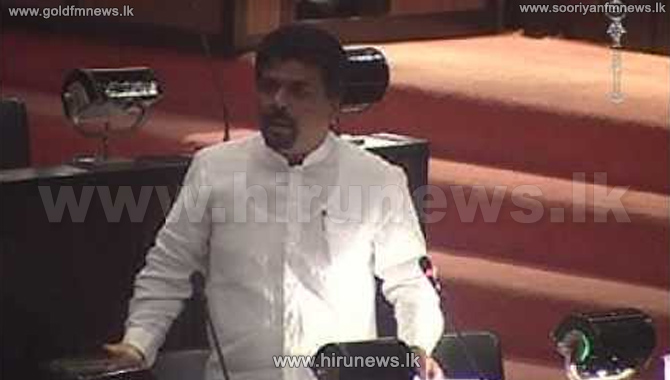 The debate on controversial Central Bank bond scam is being held at this moment in parliament. The debate was moved by Opposition Chief Whip MP Anura Kumara Dissanayake.

MP Anura Kumara Dissanayake accused the government of delaying the investigation on the bond issue.

MP Dissanayake questioned the government why action is not being taken against the perpetrators.

Finally he stated that since the rogues are being protected, the speaker should personally look into the final investigative report.