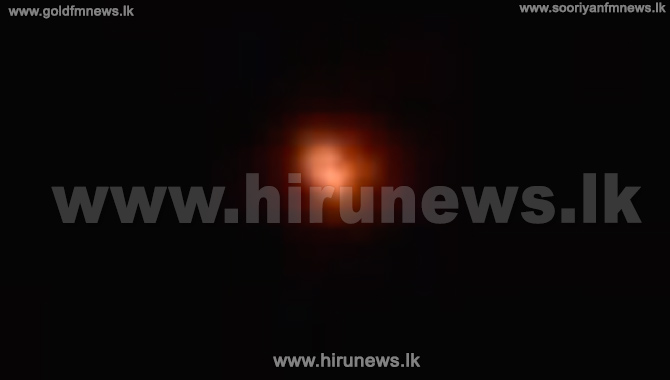 Professor, Department of Physics, University of Colombo, Dr. Chandana Jayaratne stated that the Unidentified Flying Object (UFO) which hovered in the night skies last Saturday and spotted in several areas within the island could possibly be a drone activity.

He also mentioned that based on the lack of clarity of pictures and video footages that were captured of the object, it was difficult to say if it was an alien activity.

He did not discount the possibility of it being a man-made activity.

Dr. Jayaratne said that an investigation regarding this UFO has been already launched as it has been seen and reported from many parts of Sri Lanka including Hambantota, Ratnapura, Galle and Matara areas.

Most have reported seeing a square shaped object radiating a bright light along with a moving core.