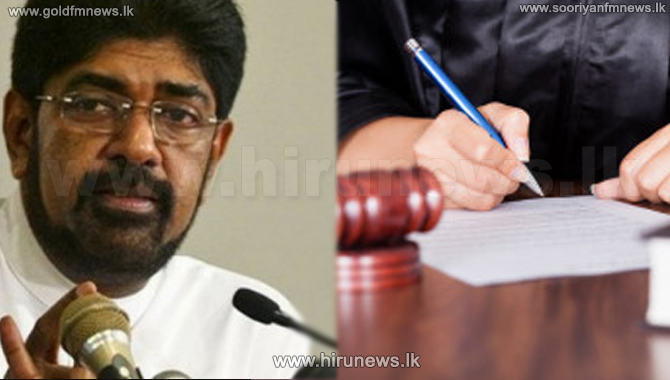 The verdict on the counter objections filed by the Bribery Commission against the preliminary objections raised by the defense lawyers of former minister Keheliya Rambukwella on the misuse of Rupavahini Corporation funds, was ordered to be given on February 23.

The decision was given at the time when the counter objection in question was taken up today before the Colombo Additional Magistrate Aruni Atigala.

The charge that was filed against the former Public Media minister was that during the time of the last presidential elections he has misappropriated a sum of Rs. 990,000 of the Sri Lanka Rupavahini Corporation.

However, the defense lawyers of the ex. Minister filed objections against the charges.

Later, the Bribery Commission filed counter objections against the preliminary objections raised by defense lawyers of the former minister.

Charges were filed against three people including Keheliya.