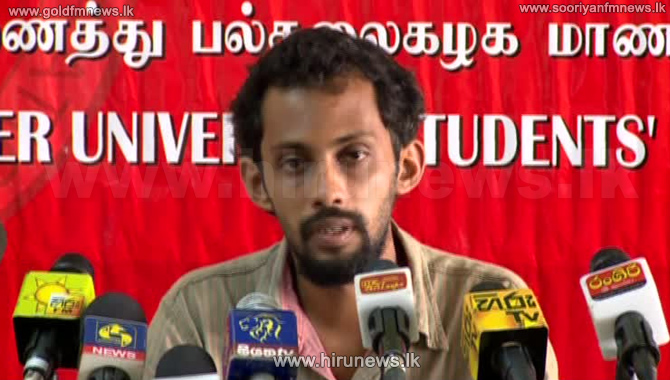 The convener of the Inter University Students Federation Lahiru Weerasekera has been remanded until February 9.

Weerasekera was arrested and produced before Courts for contempt of Courts by breaching bail conditions.

He had been ordered by courts not to participate in protests.

However police informed Courts that Weerasekera, had participated in a protest held against Malabe Private Medical School on January 19th.

Meanwhile, 7 IUSF members who were arrested during the protest were released on a surety bail of 200,000 rupees each.