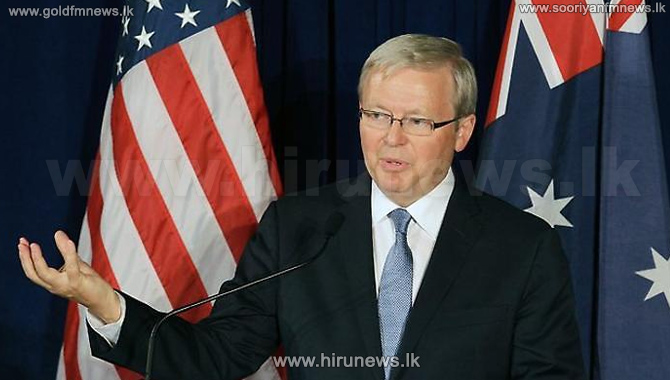 The former prime minister, now president of the Asia Society, told a forum in New York on Wednesday night (NYC time) he had proposed when in office that the US keep the door open to China joining the Pacific trade pact.

"On the Australian proposal ... with a twist to the formulation, if it's possible across the remaining parties to sustain the TPP, good," Mr Rudd told the Asia Society forum.

"Secondly, throw it to the Chinese as an invitation, because it is WTO (World Trade Organisation)-plus.

"Thirdly, leave it open for the United States in terms of future accession - I think that has some logical merit."