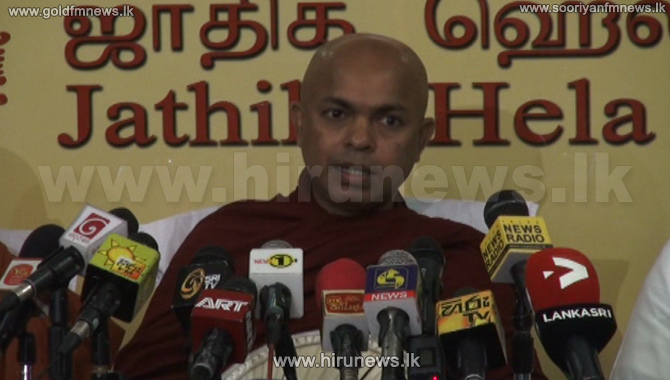 The NFF states that it is ready to join any movement to bring about a power change in the country.

This was announced by its media spokesman Mohamed Musammil at a media conference held in Colombo today.

JHU stated that it informed Athuraliye Rathana Thera to resign from parliament as the Thera agreed to the party politburo if he wants to remain independent.

This was stated by party joint Chairman Hadigalle Wimalasara Thera at a media conference held in Colombo today.