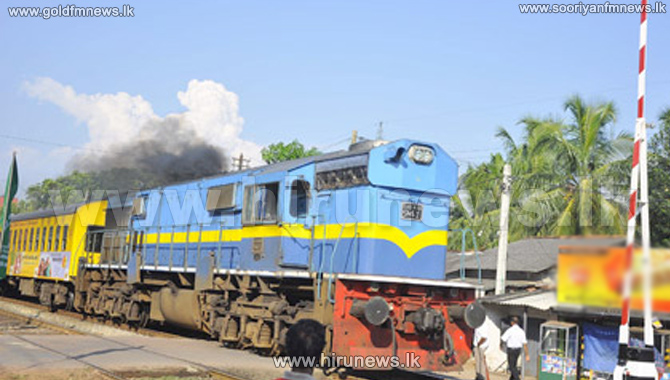 Due to a rail track that was obstructing the path near Thalawa railway station, the night mail train travelling from Kankasanthure to Colombo experienced minor damages.

Our reporter said that due to the attentiveness of the train driver a major accident was prevented from taking place.

The train driver and the train guard have made a complaint at the Thalawa police regarding the incident.

A similar incident took place on last December 25 near Shrawasthipura railway station where a rail track was put across the path to obstruct that caused damages to the railway path.