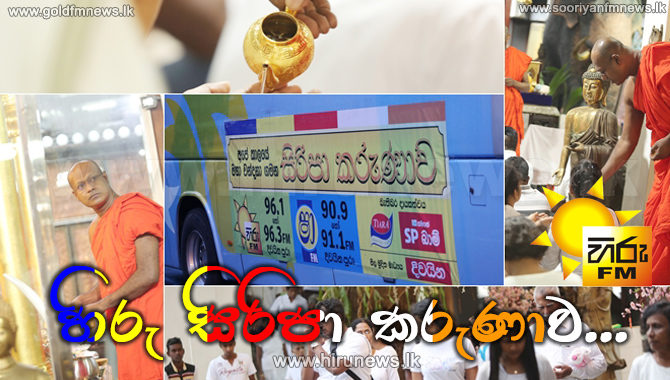 The grand pilgrimage to Sacred Sri Pada, Hiru Siripa Karuna program is now in place starting from six directions of the island.

Hiru FM listeners around the country have joined this program organized by Hiru FM.

Hiru FM have provided all facilities for the pilgrims including transporting them to Nallatanniya for Siripa Karuna program.

As a noble concept envisioned by the Chairman of Asia Broadcasting Corporation, Mr. Rayynor Silva, Hiru Siripa Karunawa gives pilgrims across the country the opportunity to engage in a meritorious deed for a life time.

Buses sponsored by Hiru FM set off for the pilgrimage from Colombo, Polonnaruwa, Elpitiya, Wellawaya, Anamaduwa and Giri Ulla areas.