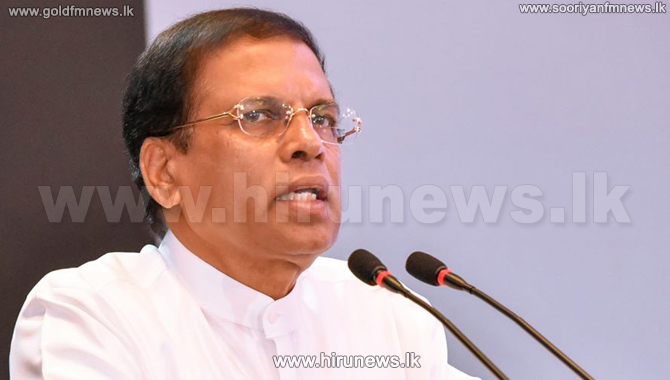 Meanwhile, President Sirisena said that in today’s context, quality awards should be also awarded to politicians.

He was speaking at the annual National Quality Award ceremony organized by Sri Lanka Standard Institute in Colombo today.

Addressing another ceremony to open a bio-gas and solar power project at Colombo Ananda College, President Sirisena said his aim is to increase the country’s forest cover up to 32% within the next 4 years.

Speaking further the president said that the responsibility of achieving economic freedom should not only be placed on politicians and public servants. He said all citizens including students should make a contribution towards such goals.