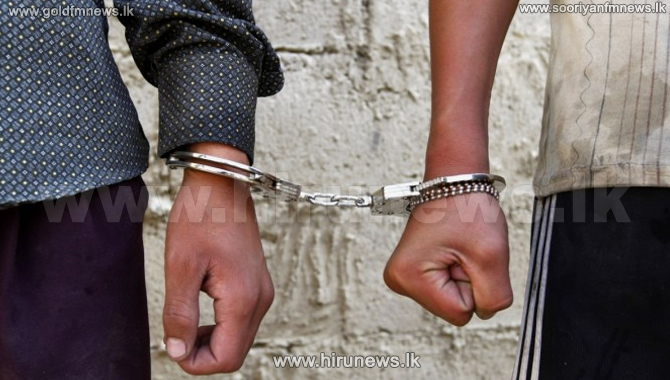 Two foreigners who were illegally fishing in the Balapitiya Sea were arrested by the Coast Guard officials.

The two Russians have left for fishing from Balapitiya beach this morning in a hired boat.

They were also in possession of two special weapons used in killing fish.

The boat used by the two for fishing was also taken into custody by the Coast Guard officials.