Letter to president requesting to take action against Ranjan 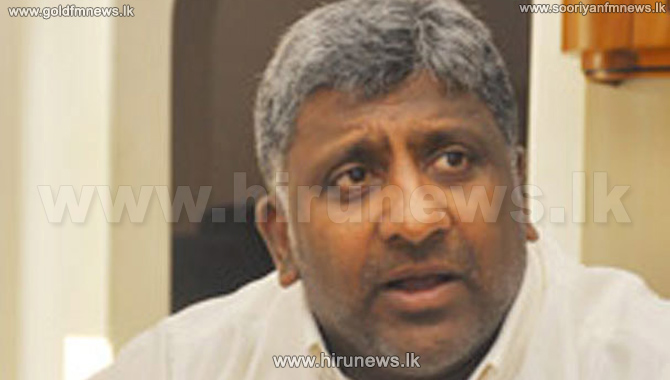 In his letter, he has vehemently condemned Deputy Minister Ranjan Ramanayake reprimanding the Divisional Secretary of Divulapitiya in front of the public on the last 26th.

Parliamentarian Prasanna Ranathunga has stated that the deputy minister reprimanding the divisional secretary of Divulapitiya in front of his supporters and media while she was explaining mechanisms to suspend soil excavation was a mere attempt to get credit.

Last Thursday, the deputy minister contacted the divisional secretary over the phone when he visited Dunagaha area in divulapiutiya – Gampaha to look into a soil excavation taking place.

Speaking at a press briefing held in Gampaha today, Parliamentarian Prasanna Ranathunga expressed these views regarding deputy minister Ranjan Ramanayake’s conduct and the letter forwarded to President Maithripala Sirisena with this regard.

Sri Lanka Administrative Services Union yesterday stated that a trade union action will be launched in future if no action is taking regarding deputy minister Ranjan Ramanayake’s reprimanding.

Staff attached to the Divulapitiya Divisional Secretariat office too engaged in a protest yesterday condemning the incident.

Speaking to media yesterday, Parliamentarian Indika Anurudhdha stated that a lawsuit will be filed against Deputy Minister Ranjan Ramanayake seeking a compensation of 500 million rupees for tarnishing his reputation.