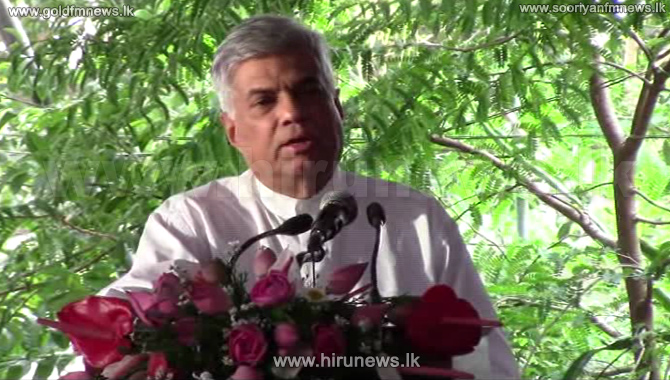 Prime Minister Ranil Wickramasinghe stated that strike actions, protests and other threats conducted with the objective of sabotaging the economy will be defeated.

Speaking at a meeting held today to raise the awareness of UNP youth activists in Anuradhapura district, the premier furthermore stated that the UNP was reorganized after the 2015 elections.

Meanwhile, the premier paid homage to the Isurumuniya Raja Maha Viharaya in Anuradhapura this morning.

Afterwards, speaking to media, the premier stated that the Lower Malwathuoya Project will allow the farming communities of Anuradhapura district to cultivate during two seasons of the year.