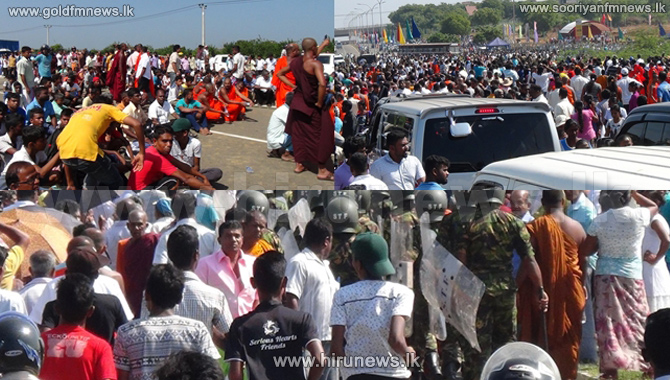 Twenty five of the 29 suspects who were in remand in connection with unruly behaviour during the recent Hambantota protest have been further remanded until February 13.

Four suspects were released on a surety bail of 100,000 rupees each when they were produced before Hambantota Magistrate Manjula Karunarathna this morning.

Another 10 suspects who were released on a previous occasion also appeared before Courts today.

The suspects have been accused of engaging in protests during the launch of the Hambantota Port project at Mirijjawila on January 1st, despite a court injunction.