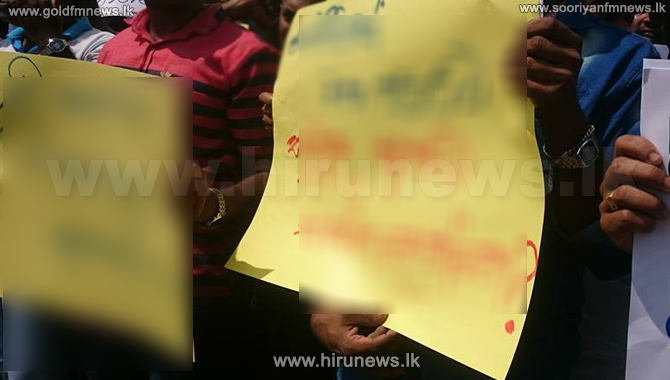 The police have initiated investigations over a complaint where a trade union leader is claimed to have disappeared during a Sathyagraha at Colombo Fort.

A senior police officer told our news team that investigations have been launched into the incident.

Wife of M.S. Mangala, Wasanthi Devika Samarasinghe has complained to the Piliyandala police that her husband had disappeared since Saturday night.

Mangala had functioned as a vice chairman of a Manpower workers association.

The Piliyandala police said that the complaint was forwarded to the Fort Police as the incident is claimed to have happened in the Colombo Fort area.