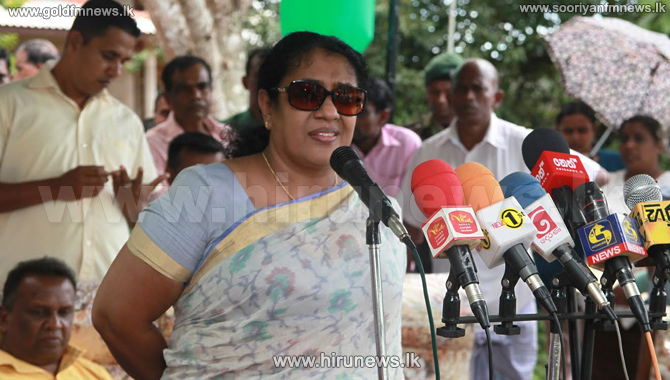 Minister of Foreign Employment Thalatha Athukorala said that the reason why the former president took Karuna Amman on to the stage during the recently held Nugegoda rally by Joint Opposition was because he still depends on them.

She expressed these views in response to a question raised by media during a ceremony held in Balangoda yesterday.

She also went on to share her views on the Central Bank Bond Scam.

No one has been given permission to waste money of innocent people and anyone who has carried out such offense must be punished, she further said.