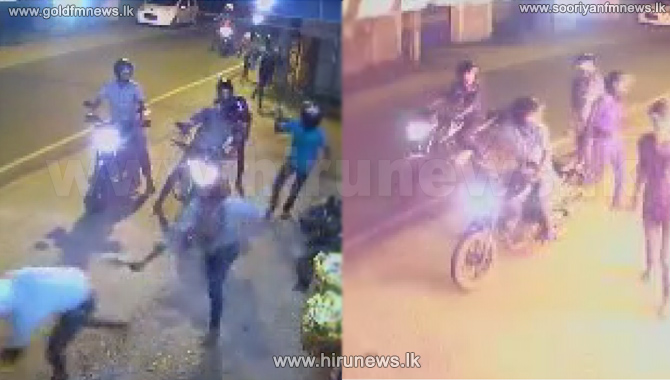 A group of people carrying swords and daggers have attacked a shop in Jaffna – Nallur – Arasadi area.

According to Jaffna police, the group that arrived on a motorcycle have attacked the shop and fled after throwing petrol bombs at the shop.

Two people inside the shop were injured from the attack.

They are currently taking being treated at the Jaffna Hospital and the CCTV camera of the shop has recorded how the group has attacked the shop.

Police sources further said that an investigation has been launched to identify the suspects.

According to our reporter, security divisions are also suspecting if it was an attack by the Ava gang.

Here is how the incident of the attack has been recorded on CCTV camera of the shop.