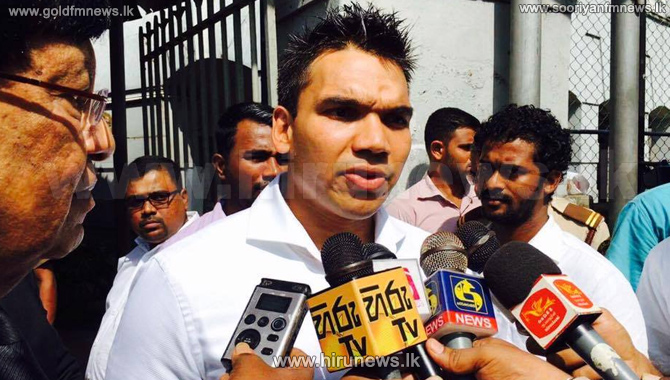 MP Namal Rajapaksa informed the Supreme Court today through his lawyers that he will present himself at the Bribery & Corruption Commission on February 15.

This was informed by his lawyers when a case was taken up today in court over charges that the minister has previously on several occasions not shown himself at the Commission and caused insult to the Bribery Commission.

The case will be re-considered on February 21.

The case filed by the Bribery Commission against MP Rohitha Abeygunawardena for not revealing how he had earned property and assets valuing up to Rs. 412 lakhs came up for examination before the Supreme Court today.

The Supreme Court informed that the decision on objections raised against the computer evidence will be announced on February 22.