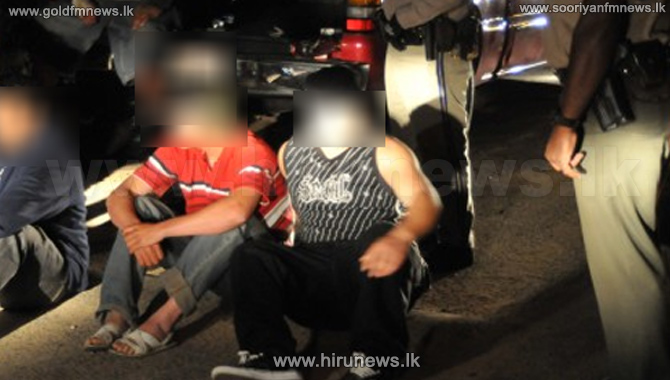 A gang connected to several crimes committed in Jaffna has been arrested.

Police noted that the gang was arrested around 5pm last evening in Jaffna- Thawasakulam.

Four swords, an axe and a motorcycle in their possession at the time of arrest were taken into custody by the police.

The suspects are to be produced before Jaffna Magistrate’s Court today.

Meanwhile, police say that a comprehensive investigation has commenced into the attack that was launched at a shop by a group of individuals using of swords and axes.

The masked group forced their way onto the property on a motorcycle, vandalized the shop and set off a petrol bomb on site, before fleeing the scene.

The Jaffna police noted that 2 individuals were injured during the attack.