SIX ARRESTED WHILE TRYING TO UNEARTH POT OF GEMS OF VIHARAMAHADEVI 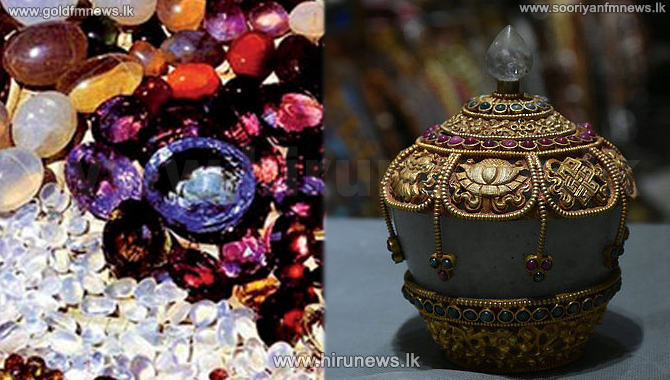 Six people trying to unearth treasure at a location considered as an archaeological site near Eppawala Katiyawa reservoir wall were arrested by police.

It is reported that equipment used to dig treasure together with 5 mobile phones and 3 motorcycles were also taken into custody.

It is revealed that these men were trying to unearth an invaluable pot of gems that was deposited by Viharamahadevi according to ancient myths.

They were arrested while drilling the 12 feet deep tunnel after removing the water off the sluice.

It was revealed that the suspects who were taken into custody were residents of Eppawala Katiyawa area.