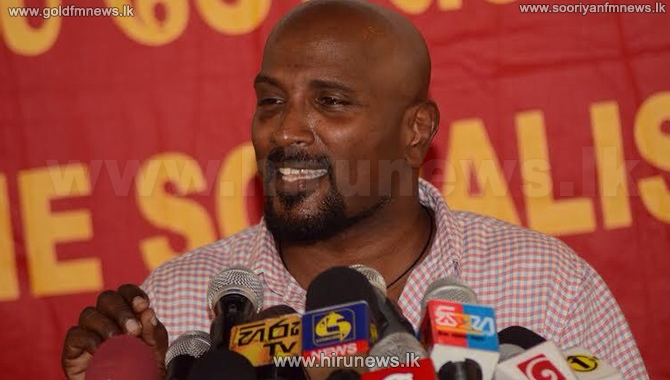 Kumar Gunarathnam who violated an Immigration and Emigration law was release from jail having served the one year prison term.

He has been nominated to the politburo of the Frontline Socialist Party with the appointment to take place today.

Party Propaganda Secretary Pubudu Jayagoda mentioned Gunarathnam’s appointment during his address at the party’s second convention being held at the Sugathadasa Stadium.

Kegalle Magistrate Court passed a one year jail term on Kumar Gunarathnam for overstaying in the country.

Gunarathnam now resides in the country on a temporary visa. He has also applied for citizenship in Sri Lanka.