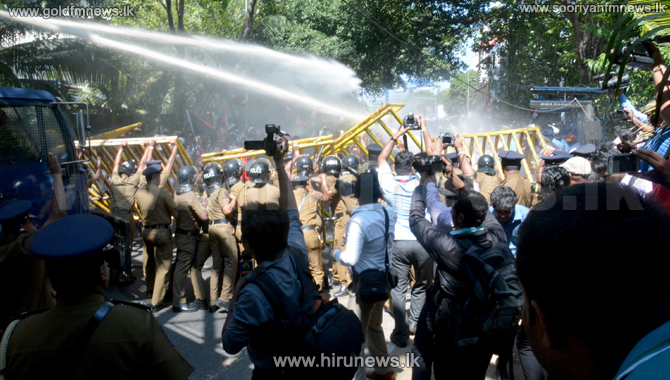 Tear gas and water cannons were fired by police to disperse Colombo Harbour workers at their protest held in Colombo Fort. The protest was carried out by the National Trade Union against handing over the Eastern Jetty of the Colombo Harbour to an Indian Company asking to stop proceeding with the handover.

The protest march began from the harbor entry point near Khan Clock Tower and the tear gas and water cannons were fired at the crowd when they arrived near the Presidential Secretariat.

Galle Face Entry Road has been closed from Lotus Roundabout - Colombo Fort due to the protest march carried out by Harbour workers.