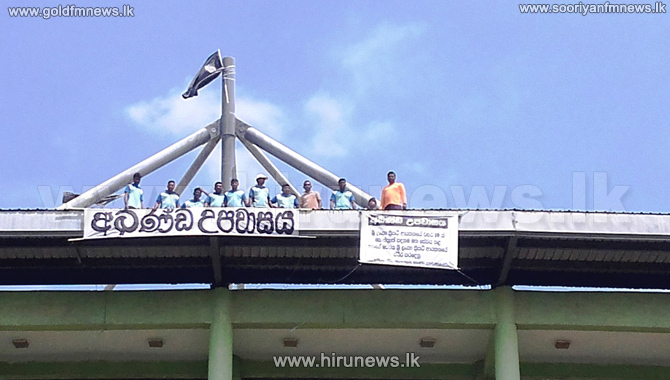 The Dambulla Cricket Stadium workers who began a protest fast recently demanding that they be made permanent as Sri Lanka Cricket service employees, spoke to the media today saying that they would continue the fast.

The fast was started by 11 labourers who were working under contract from the time the cricket stadium was inaugurated.

They pointed out that it has been 4 days since their fast began.

If their rights are ignored they will start a death-to-fast from tomorrow, they added.

According to our reporter, the family members including the wives and children of those engaged in the fast have come to the playground in support of the fast.