Thousands of Mexicans protest against Trump 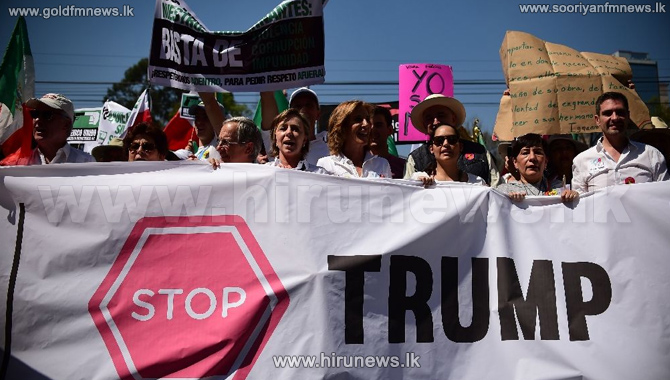 Tens of thousands of Mexicans protested Sunday against US President Donald Trump, hitting back at his anti-Mexican rhetoric and his pledges to make their country pay for his "big, beautiful" border wall.

"Mexico must be respected, Trump," said a giant banner carried by protesters in Mexico City, who waved a sea of red, white and green Mexican flags as they marched down the capital's main avenue under the watchful eyes of thousands of police.

Protester Julieta Rosas was wearing a T-shirt with a picture of Trump sporting an Adolf Hitler mustache.

"We're here to make Trump see and feel that an entire country, united, is rising up against him and his xenophobic, discriminatory and fascist stupidity," said Rosas, a literature student at the National Autonomous University of Mexico (UNAM).

In what looked set to be Mexico's biggest anti-Trump protest yet, some 20 cities joined the call to march made by a group of dozens of universities, business associations and civic organizations.