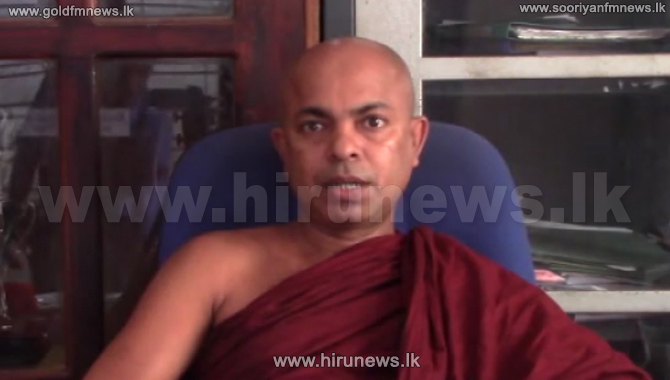 Earlier Rathana Thera announced in a media conference, that he would remain an independent MP in parliament.

Rathana Thera was informed in writing to return his national list parliament post to his ex-party, Jathika Hela Urumaya.

However, Hadigalle Wimalasara Thera said that the party has not received a response as of yet.