Series of protests in Colombo today 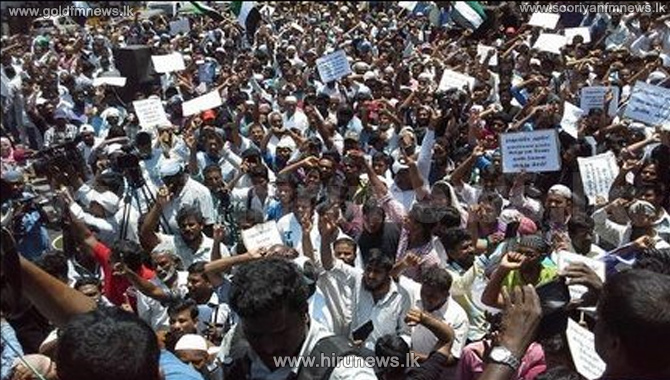 A group of retired disabled war heroes, who completed 22 years in service, staged a protest at Galle Face this morning demanding authorities to pay their salary arrears.

Our correspondent stated that 10 selected representatives from the protestwere allowed to enter the Presidential Secretariat for discussions.

In addition, another group of retired disabled war heroes who had completed less than 12 years in service, have staged another protest in front of Fort Railway Station against the unfair treatment in preparing pensions for them.

Meanwhile, a group of handloom workers also staged a protest this morning.

They were complaining that they have been deprived of a pension after the Power Handloom Department was privatized.

Our correspondents stated that road leading to Galle Face has been temporarily closed from Lotus Roundabout due to these protests.