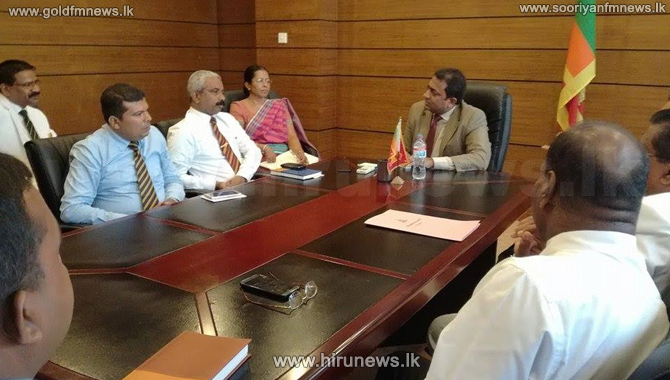 The Principals of Ananda, Nalanda and D.S. Senanayake Colleges were summoned to the Education Ministry today to enquire into the recent clash between students.

Minister Akila Viraj Kariyawasam has informed the principals to take preventive action and not allow a repetition of such incidents in the future.

The minister has reiterated that the principals will be held responsible if incidents of this manner occur in the future.

In addition, principals of several national schools in Colombo suburbs were also summoned to the Education Ministry today.

They were instructed on how to conduct school cricket peacefully.

Meanwhile, the 15 students who were arrested in connection with the clash yesterday have been released on bail.

Police investigations revealed that a relationship involving a female student had led to the clash.

Eight students were injured, while two buses, a van and a car were damaged in the clash yesterday.

In addition, 6 students attached to Kothalawalapura Vidyalaya were hospitalized following a clash with a group of students of Nugegoda St. John’s Vidyalaya yesterday.

The Police Media Spokesman’s office said that 10 students involved in the clash were released on bail when they were produced before the Moratuwa Magistrate.

Meanwhile, addressing a media conference in Colombo today Police Media Spokesman DIG Priyantha Jayakody said that stern action will be taken against students are involved in clashes in the future.