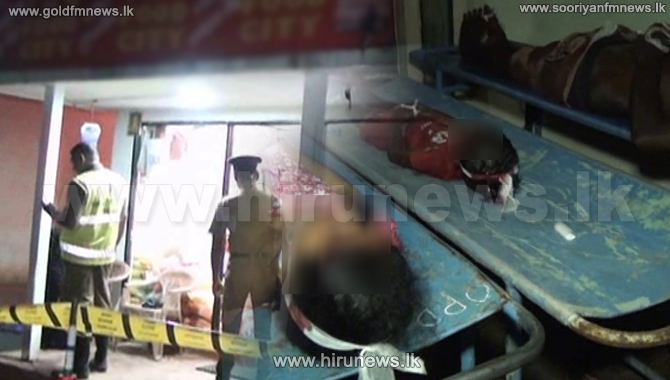 The Ambalangoda police has arrested another suspect last night over the murder incident of mother, father and small child from same family in Ambalangoda – Idamthota area.

The suspect that was taken into custody last night is supposed to be a relative of the chief suspect who was arrested recently. He is alleged to have provided transport to carry out the murders.

A firearm manufactured in Spain that was in his possession has been taken into custody.

7 suspects were arrested along with a three wheeler over the murder incident before this.

The mother, father and small child from same family living in Ambalangoda – Idamthota area were shot at and murdered using firearms, on December 5 last year.