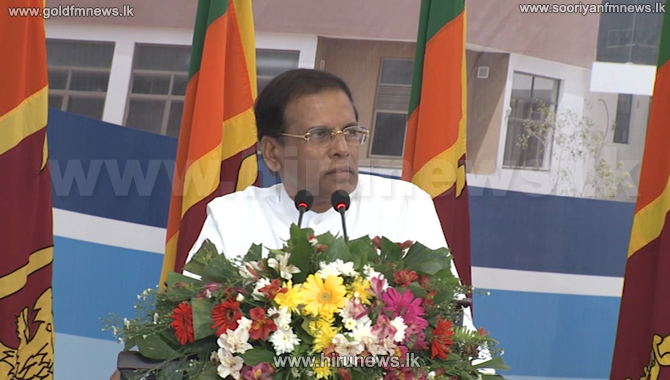 President Maithripala Sirisena made a statement about the removal of former Chief Justice (CJ) Mohan Peiris during a public meeting in Warakapola yesterday.

He said that the main reason leading to the decision was a visit made by the former CJ after the presidential results came.

President explained that the former CJ promised to deliver judgement according to his wishes fearing that he would be removed from the position.

President Maithripala said that he did not want the society to function in this manner.