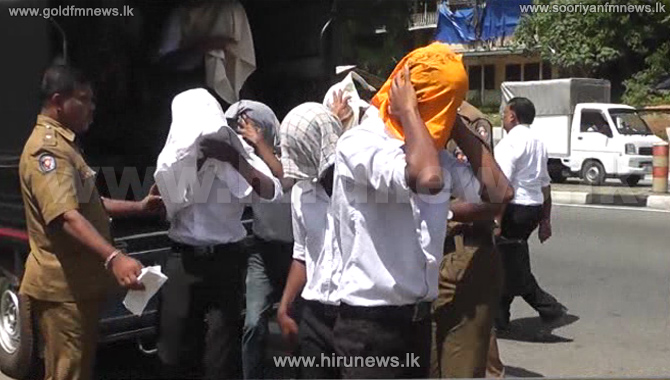 The 15 second year undergraduates of Peradeniya University who were arrested yesterday in connection with a ragging incident have been suspended.

University Vice Chancellor Professor Upul Dissanayake announced the decision at a media conference being held at his office.

He said that the students will not be allowed to lectures until investigations into the incident are over.

The 15 suspects accused of ragging 8 fresh students attached to the Agriculture Faculty have been remanded until March 2nd.