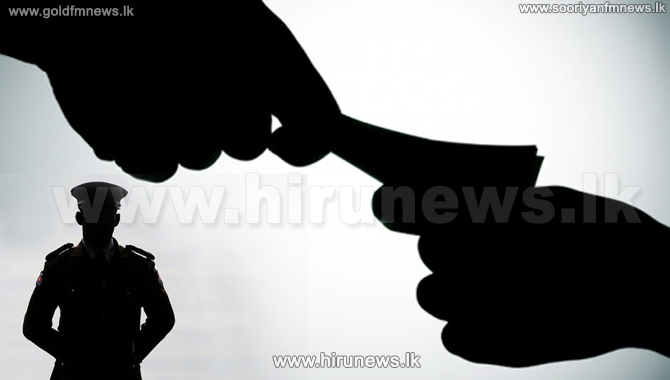 A private bus conductor at the Colombo-fort railway station was arrested for attempting to bribe a police officer.

A bribe of 1000 rupees was offered to the police officer when handing over his license, following an offense committed on the Maharagama- Fort 138 bus route.

The suspect is to be produced before the Hultsdorf Magistrate’s Court today.

Meanwhile, the inter-provincial bus association stated during a media briefing yesterday that it strictly objects to the proposed fine amendment.

They pointed out that private bus services would cease to exist if the proposed fine is implemented.

The all island private bus owners association secretary Anjana Priyanjith expressed these views in relation to the matter.